Yes, please!
You are here: Home / All categories / Books About Moving for Kids 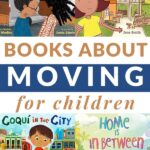 Moving comes with lots of mixed emotions for excitement to nervousness.  And, as usual, books for kids can help children process those emotions.  Grab a few of these books about moving for kids to help with the transition. 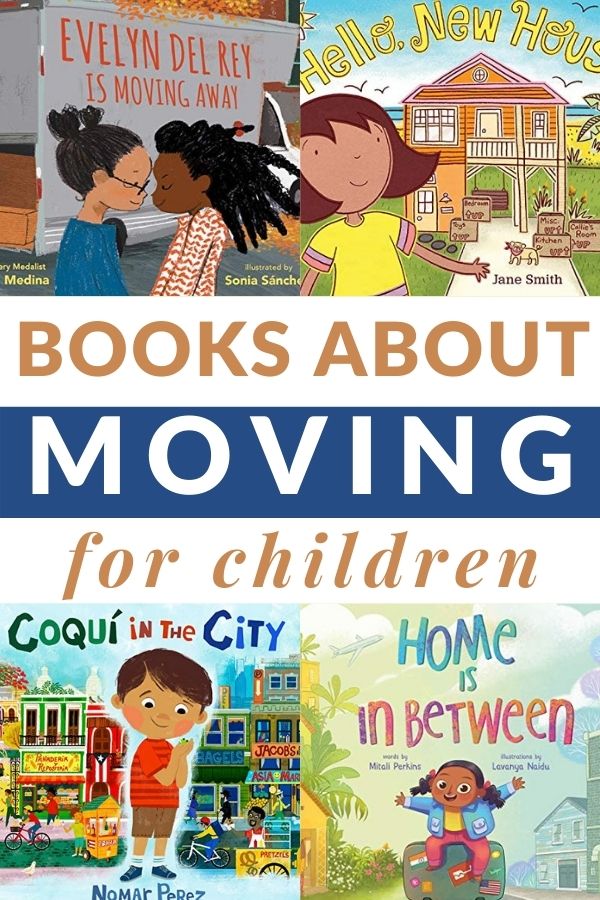 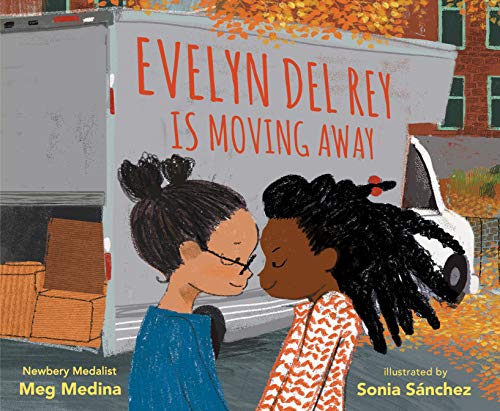 When a friend moves away, it can be tough. Evelyn is moving away from her best friend, Daniela, and the girls spend the time they have together enjoying each other’s company and making plans to stay in touch.⁣
⁣
There are so many things to love about Evelyn Del Rey is Moving Away. Medina does such a good job of creating relatable characters and picking common childhood experiences that we can all feel connected to. And, Sanchez’s illustrations beautifully enrich the story.⁣ 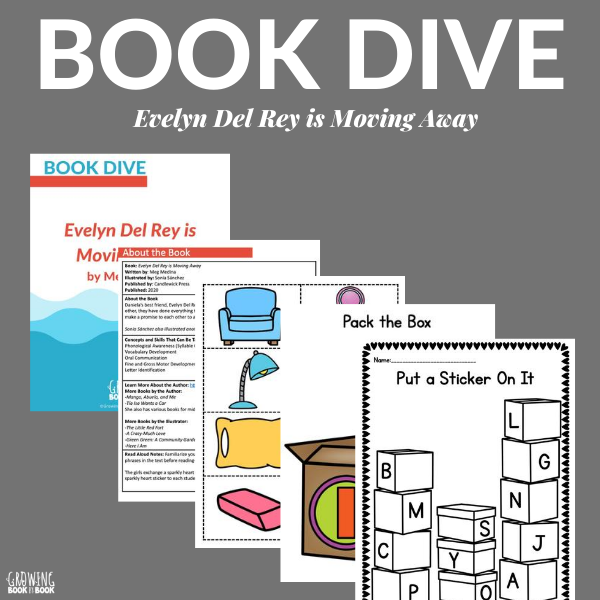 ⁣I also have a Book Dive to go with this book.—>Evelyn Del Rey is Moving Away 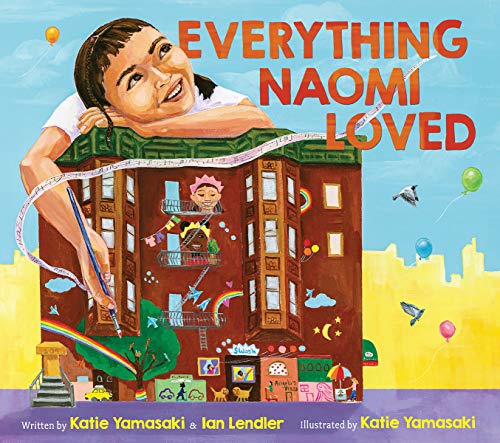 Everything Naomi Lovedby Katie Yamasaki is the story of a young girl process the transformation of her neighborhood and the fact that many neighbors and shops are having to leave.  She turns to art during this time of change. 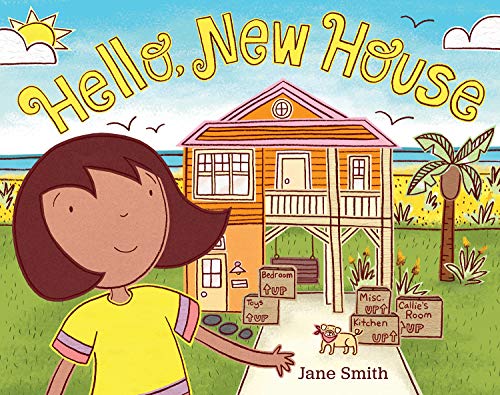 Hello, New House by Jane Smith uses simple text to show how some things change and how some things stay the same when we move. It’s comforting while at the same time acknowledging the uneasiness of the newness. 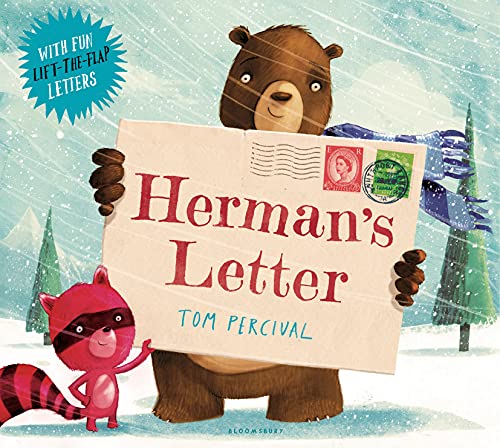 Herman’s Letter by Tom Percival is the story of a best friend moving away. Henry, the raccoon, keeps in touch with Herman the bear through letters. But, the letters make Herman feel sad and lonely because it seems like Henry the raccoon is doing so well. But, when he gets a letter from Henry that he misses him, Herman decides he will go to all the ends necessary to see his friend again. Turns out, he needs a little help though. 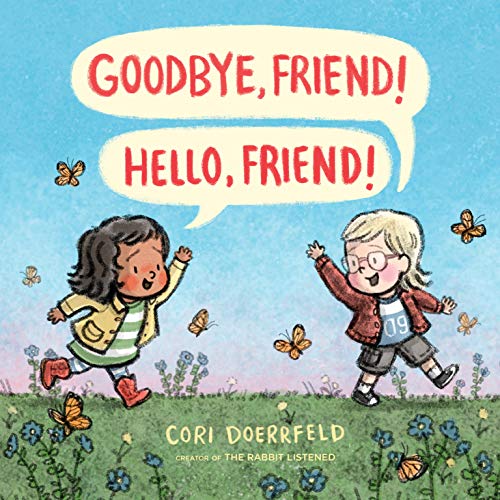 Every goodbye leads to a new hello in Goodbye, Friend! Hello, Friend! by Cori Doerrfeld. But, when a friend moves away the goodbye seems a little more like an end with no new beginning. But, in time, there will be a new hello. 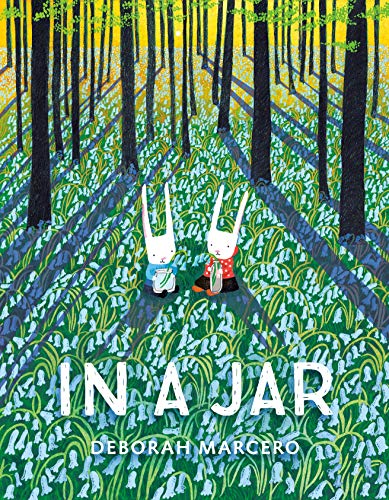 In a Jar by Deborah Marcero we meet Llewellyn who is a collector. ⁣ He collects things in jars. These memories fill his home. Then, he meets Evelyn, and they start to collect together. ⁣

But, Evelyn has to move and all of sudden all those jars seem empty. But, they figure out a way to stay connected. ⁣
This is a beautiful story that tackles the hard part of friendship. The part when we lose that friend. ⁣ 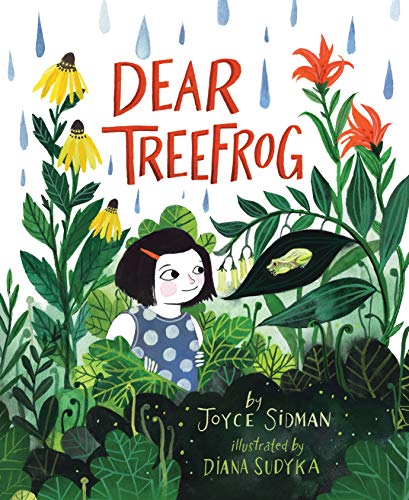 Dear Treefrog by Joyce Sidman is the story of a lonely girl and a little frog that helps her process all the changes in her life caused by a big move. Afterall, moving is about making new connections. 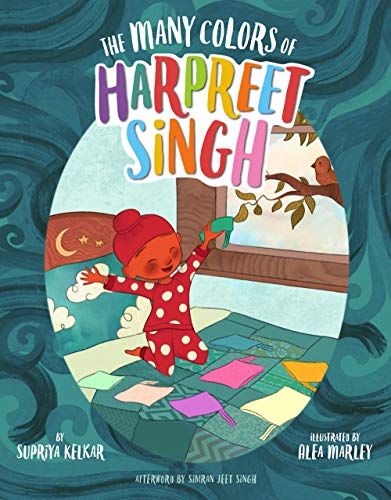 The Many Colors of Harpreet Singh by Supriya Kelkar is the story of a boy who has to move and the lonely, sad, and shy feelings that came come with a big change like that. His family is aware of his feelings because Harpreet likes to wear patkas in colors that represent his mood and lately that has been white. But, one day he meets a friend and his feelings start to change. Now, Harpreet feels like wearing lots of different patkas to express his different moods. 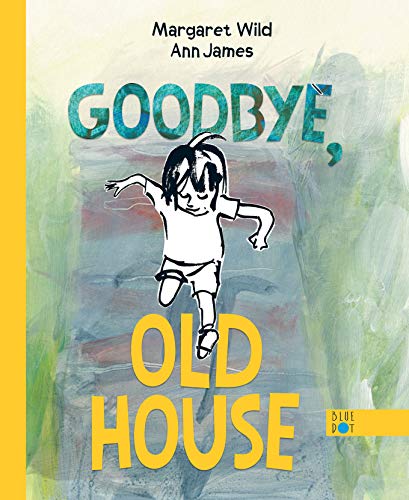 Goodbye, Old House by Margaret Wild is the story of Sam who is leaving one house and moving to another. The child says goodbye to each room and memory. But, every goodbye is followed by a new hello. And, Sam finishes the story by saying hello to the new house room by room and the new memories. 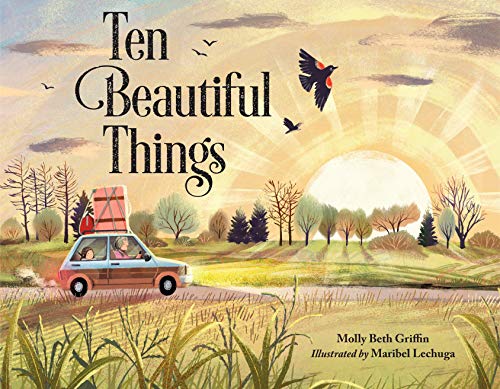 Ten Beautiful Things by Molly Griffin is the story of a child traveling to her new home with her grandmother.  Together they seek to find ten beautiful things on the journey.  The process helps the girl to reframe her thinking about the move. 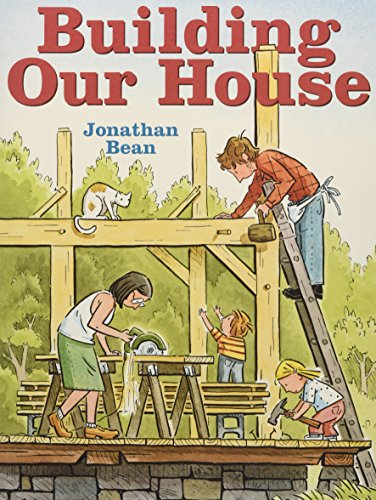 Building Our House by Jonathan Bean is the story of a family that moves to the country to build their new home. My kids were fascinated that the family did most of the work and that it was based on a true story. The endpapers add extra photographs of the author’s family building their house. 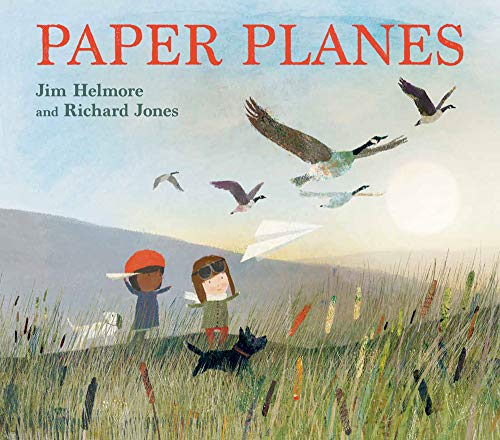 Two friends dream of desgining a plan together in Paper Planes by Jim Helmore.  But, one day, one of the friends has to move away.  How will they stay in touch? 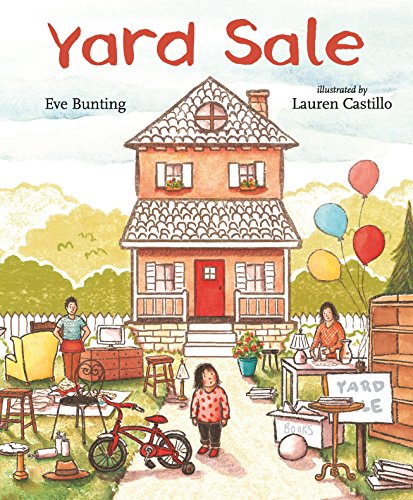 Sometimes moving  is a necessity for financial reasons.  It can be hard to downsize and that is exactly what a young girl grapples with in Yard Sale by Eve Bunting. In Yard Sale, a family is selling off many of their belongings to downsize from a house to an apartment.  It’s hard to see your bike and bed go, but in the end it’s not the things that make a home.  It’s the people.

Books About Moving From a Different Country 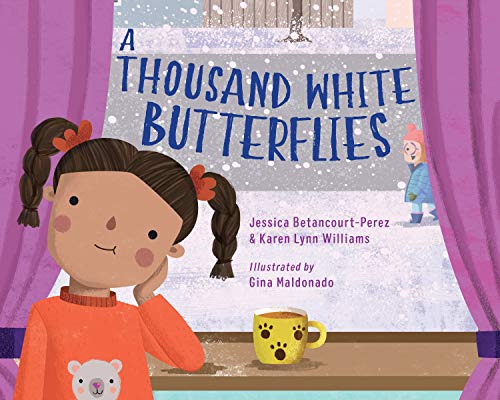 A Thousand White Butterflies by Jessica Betancourt-Perez and Karen Lynn Williams is the story of a girl who immigrates from Colombia in the middle of the school year. When her first day of school is canceled because of a snow day, it turns out that it is the perfect day for meeting a new friend. Perfect for children who are moving to a new part of the world where everything seems different and when the family is still far away. 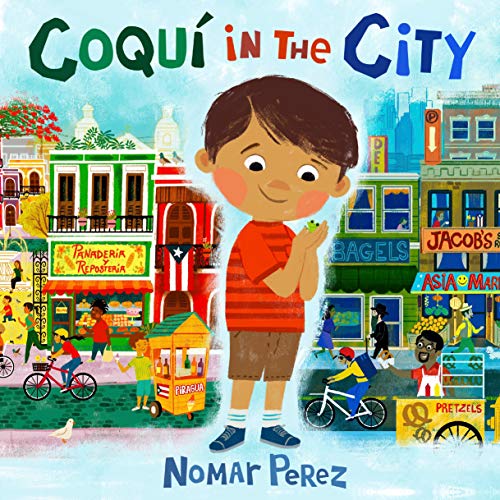 Coquí in the City by Nomar Perez is the story of a family who moves from Puerto Rico to the mainland United States. The child in the story wonders if anything will be the same. To his surprise, he does find things that remind him of his old home. 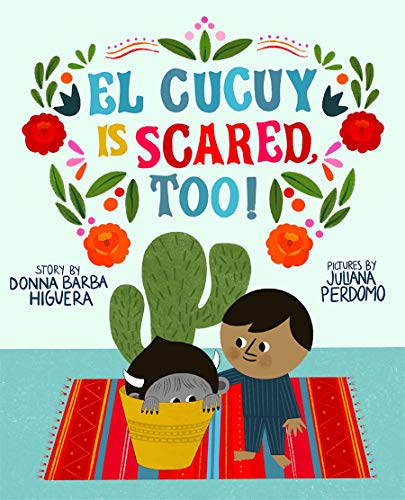 El Cucuy Is Scared, Too! by Donna Barba Higuera tells the story of a boy and his monster who are both scared about all the newness of moving to a new place. They both have to process their fear. Several Spanish words imbedded to help build vocabulary also. 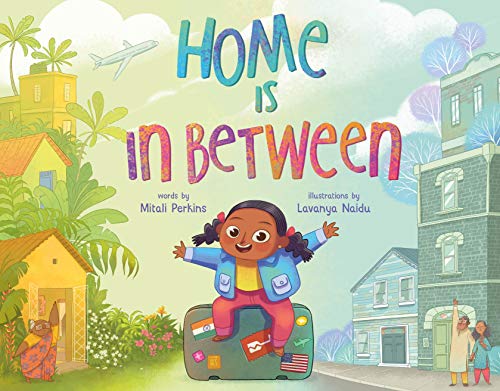 There are so many thoughts and feelings about missing your home where you came from and trying to make another home in a new place. Home is in Between by Mitali Perkins is the story of Shanti and her family. They have left India and arrived in the United States. Some things feel the same and many things feel different. Shanti always feels in-between places. 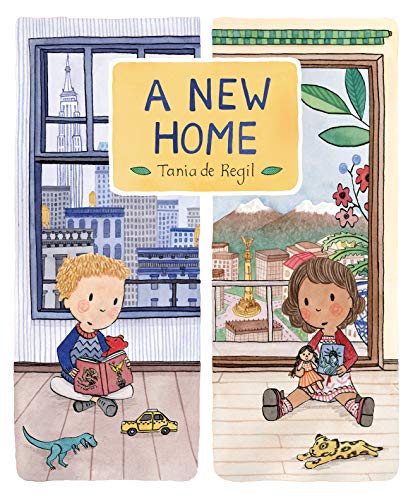 Moving to a new home or a new city comes with lots of excitement and uncertainty. A New Home by Tania de Regil takes those feelings and showcases them across two cities- New York and Mexico City.

Two families are about to make big moves and each wonders what life will be like in their new home.

It’s not only a book about the feelings that come with moving but looking at how two cities are alike and different. 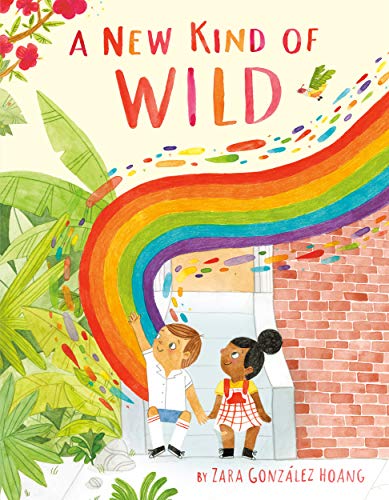 Making a friend that can help you connect with your former home sure does make moving easier.  And, that is what we discover in A New Kind of Wild by Zara González Hoang. 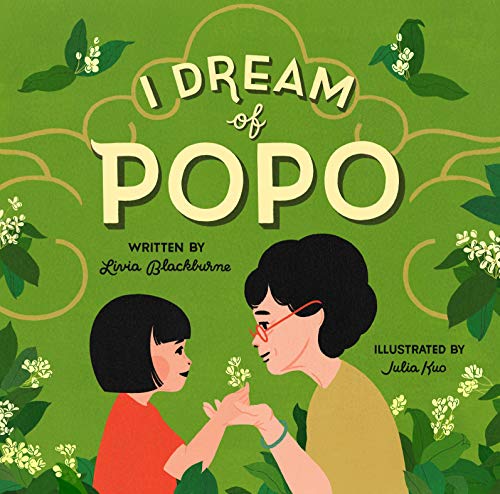 I Dream of Popo by Livia Blackburne is the story of a young girl who has to say goodbye to her Popo, leave Taiwan, and move the United States.  The separation is hard but their connection of love runs deep. 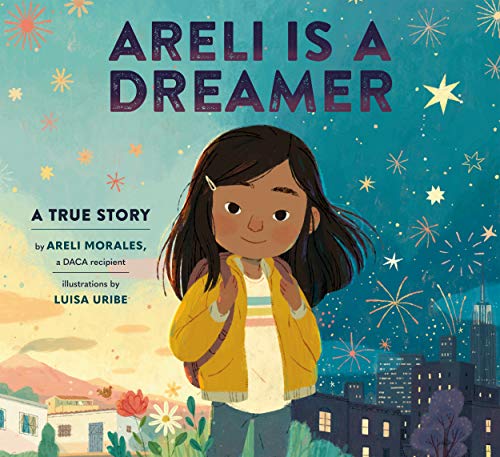 Areli is a Dreamer by Areli Morales is a true story about a girl and her family moving from Mexico to America and all the feelings, challenges, and dreams associated with a life-changing event.  A powerful author’s note at the beginning is included. 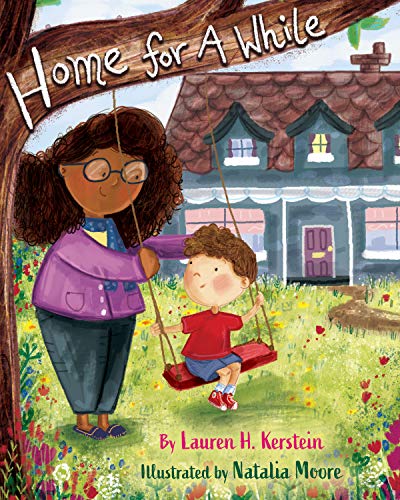 Home for A While by Laruen H. Kerstein is the story of a young boy navigating being in foster care.  He’s never sure how long he will be at one home.  This is the story of Calving and Maggie making a house a home. 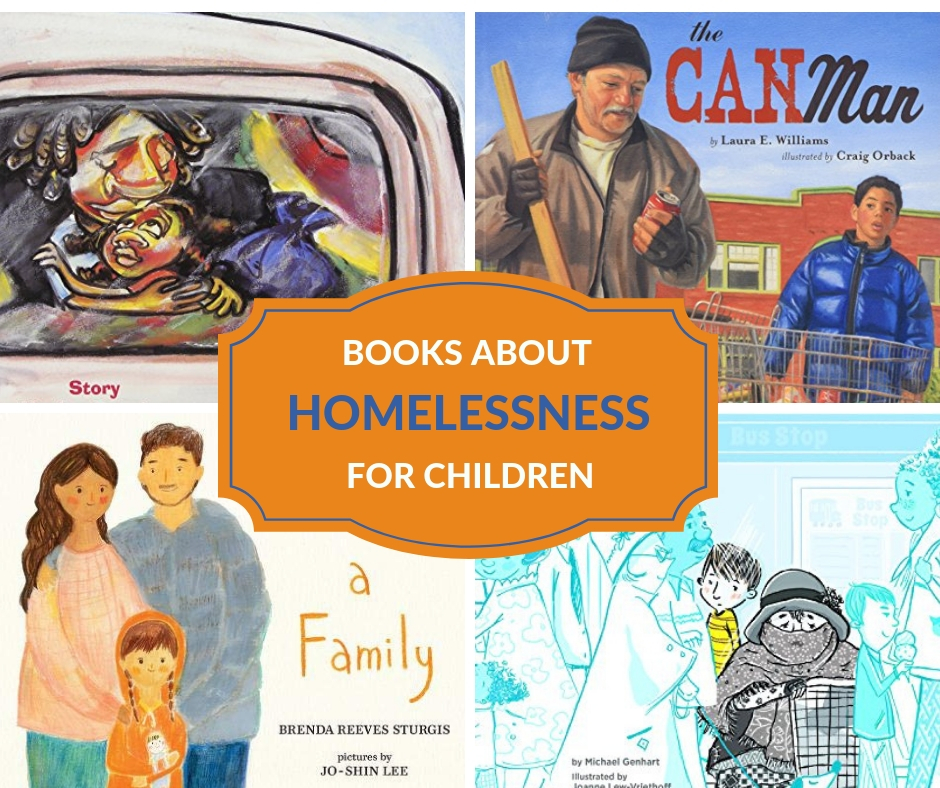 I have a whole book list dedicated to the topic of homelessness. —>Books About Homelessness for Kids

Get a printable list of the books above to take to the library.

May the move your child is making be easier with these books about moving for children.