Yes, please!
You are here: Home / All categories / Have You Heard?

In the following examples, a letter that is sandwiched between two slashes represents the phoneme (an individual speech sound).

phonemic awareness– the ability to break a word down into its individual speech sounds (example: the word cat is made up of three separate phonemes- /c/ /a/ and /t/)

phonics– the ability to match written letters with sounds

onset– the first consonant sound or consonant blend  in a word (example:  in the word black, /bl/ is the onset)

rhyme– a word that corresponds with another in it’s terminal (ending) sound (example:  hold/cold)

syllable– a sound or word chunk that contains one vowel sound and at least one consonant sound (examples: hat is a one syllable word and doorbell is a two syllable word)

Hold up two fists.  Then say a sentence together.  As you say each word in the sentence, put up a finger to represent each word.  Count how many words are in the sentence.

Recite a nursery rhyme together and identify the rhyming words.   There are also some wonderful picture books available that have rhyming words for children to identify.  Just remember that they don’t need identify the words in print, they simply need to hear them orally.  Here are a few rhyming book recommendations.

Sheep in a Jeep by Shaw

Buzz Said the Bee by Lewison

Another fun activity is a rhyme hunt.  Ask the child to find something in the room that rhymes with a given word.  For example what rhymes with sock (clock).  Continue with other words and objects.  This also makes a great activity when traveling.

Segmentation of Words into Syllables

I’ve found that simply clapping while saying a word helps a child segment a word into syllables.  Children always like to start with their own names and names of their friends. The word table would get two claps- ta ble.

Create silly alliteration sentences with family members’ names.  Here are a few examples to get you started.

Awareness/Segmentation of Onset and Rime

Play a simple game of I Say, You Say.  Call out a one syllable word such as sun.  Then, one person says the onset which in this case is /s/ and the other person says the rime /un/.  After a few rounds, switch roles so that each person gets a chance to practice saying both the onset and rime.

Segmenting is breaking a word into its individual phonemes.  Say a word such as pen and have the child segment the sounds /p/ /e/ and /n/.  I like to have the child use their hands like a rubberband and stretch the word out as they segment the sounds.  Another helpful activity is the use of sound boxes.  You will need a piece of paper, a pen or marker and a few small objects.  Draw three or four connected boxes horizontally.  Place a small object under each box.  Say a word such as frog.  The child pushes an object into the box as they segment the word into phonemes.   So, for the word frog they would push up three objects as they say /fr/ /o/ and /g/. 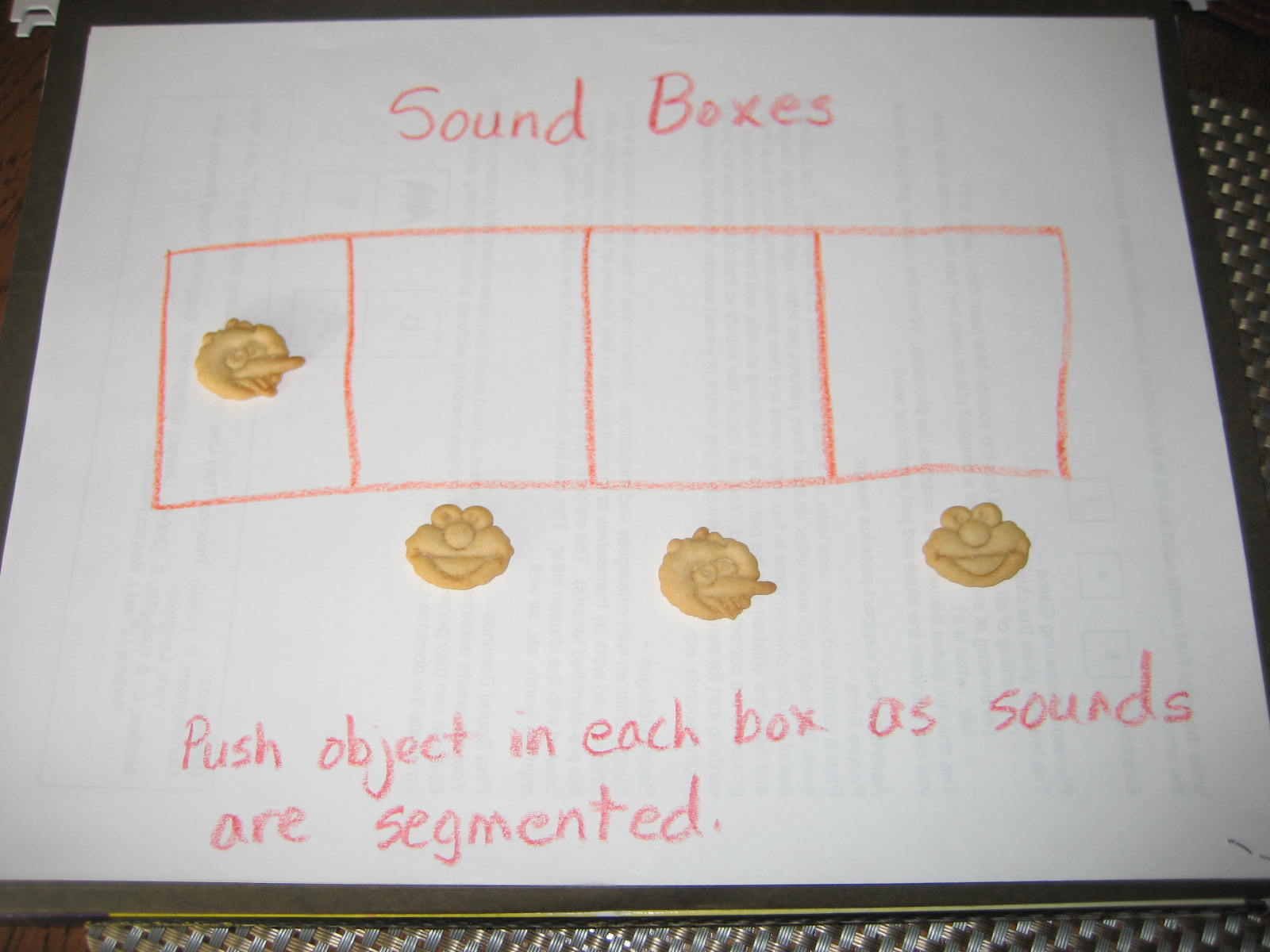 Blending is the opposite of segmenting.  Say the individual phonemes and have the child blend them together to form the word.  For example, the adult would say /b/ /i/ and /g/ and the child would say big.   This is another fun thing to do while riding in the car.

Manipulation is the trickiest!  The Apples and Bananas song is a perfect song to sing with a child to work on this awareness though.  You know the one, “I like to eat, eat, eat apples and bananas.  I like to oat, oat, oat oh-pples and bo-no-nos…”

A great resource for more ideas and picture cards and games can be found at this link.  I hope you are inspired to try some oral phonological activities with your children.  Together we can help our readers grow.

To see where this post has been linked, check out the Linky Party Directory at the bottom of the home page.