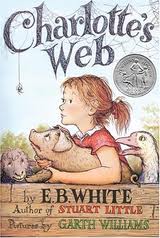 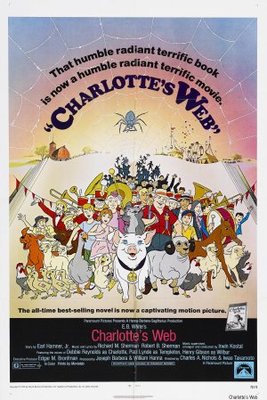 I’m generally eager to see a movie when it’s about a book I’ve read.  It seems that time after time though, I’m disappointed that the movie didn’t live up to what my imagination created while reading.  Often when I read, I can think of actors that I would cast in a movie version.  Then, a movie comes out and I think to myself,  why did they cast that person for that role?  Overall, I think a book is better than the movie.

There have been oodles of children’s books that have been made into movies.  Charlotte’s Web, James and the Giant Peach, Charlie and the Chocolate Factory, Polar Express, Jumanji, Mr. Popper’s Penguins,  Cloudy with a Chance of Meatballs and most recently, The Lorax.  The list could go on and on.

There have been two children’s movies that I feel do justice to the book.  Granted they are oldies but goodies.  The first is the 1973 version of Charlotte’s Web and the second is the 1971 version of Charlie and the Chocolate Factory called Willy Wonka & the Chocolate Factory with Gene Wilder.  I love both of these movies and have used them countless times with students to compare the book version with the movie version.

I really feel that a child should read a book before seeing the movie version.  If it’s done in reverse, then the imagination doesn’t get a chance to create images from within.

What do you think?  Are there any children’s movies that live up to their book counterparts?  Do you think it matters if a child sees the movie before reading the book? Is there a book that you would love to see turned into a movie?   I’d love to hear your ideas.