5120 shares
Alphabet games and activities are a big part of our Playful Preschool Series .  Preschoolers love to learn their letters and sounds through fun and playful activities.   This week we are exploring learning the abc’s with our theme: scarecrows.

We have a super easy and quick idea for getting little ones engaged with letters! 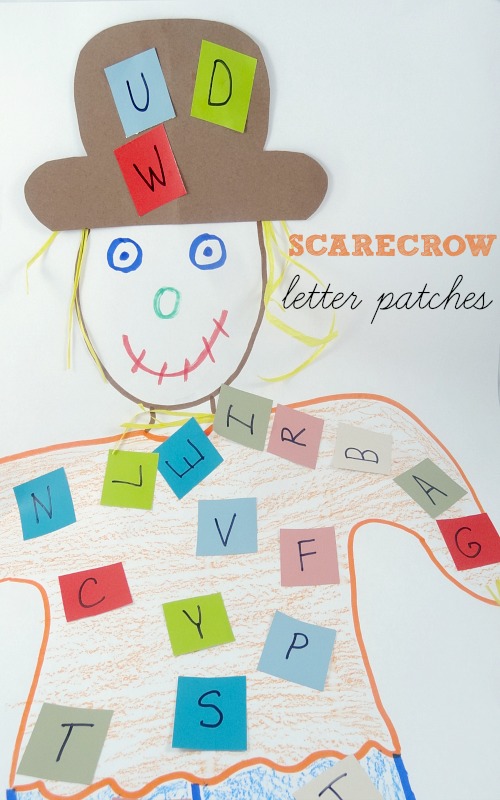 Why We Chose This Scarecrow Alphabet Activity

We’ve been talking about scarecrows lately and my boys are fascinated by the fact that they are used to scare the birds away from the crops. 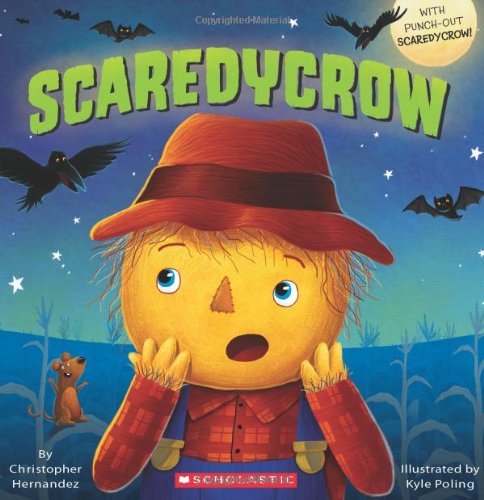 We also enjoyed reading Scaredycrow by Henandez.  It’s a story of a scarecrow who is supposed to be scaring animals from the field, but instead, he finds himself scared of everything. Alphabet learning is in full swing at our home.  We decided to combine the two interests and came up with this super quick alphabet activity. 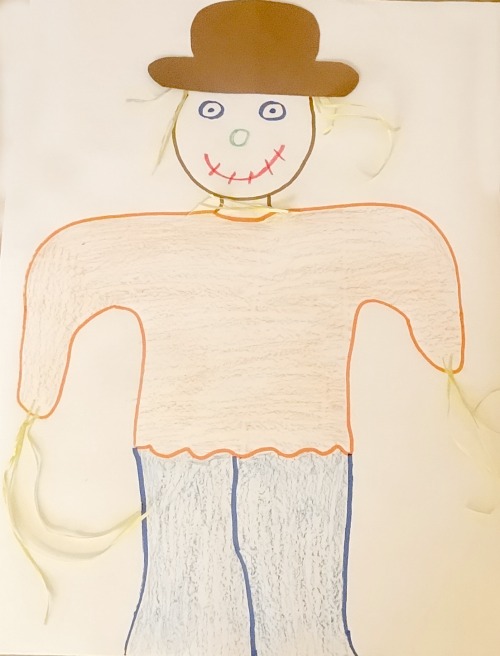 On a large sheet of paper, draw a scarecrow.  We added a little yellow curly ribbon for straw under the scarecrow’s hat and from his arms. 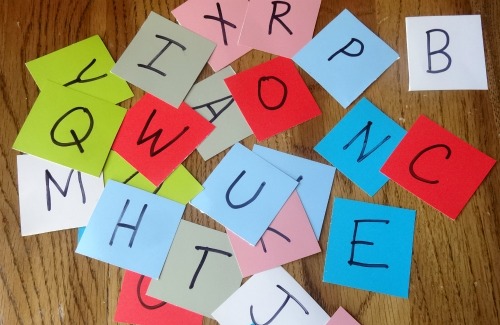 Prepare 26 letter patches.  We used paint samples that we had.  You could also use paper or fabric.  On each patch write a letter of the alphabet.

You will also need a bottle of glue or glue stick.

Playing and Learning with the Scarecrow and Letter Patches 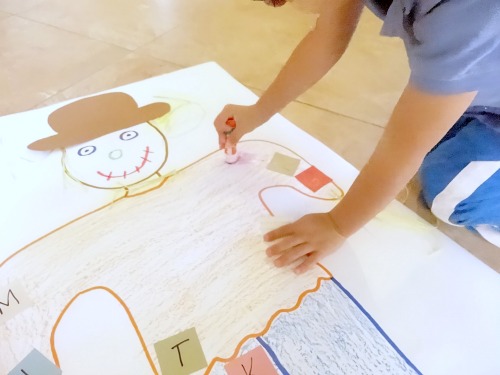 Spread the letters out.  Have your child select a letter they know or call out a letter for them to find.  Glue the patch on the scarecrow. Play continues until all 26 letters have been identified and glued on the paper.

1.  If your child already can identify their letters, work on saying the sounds each letter represents.  As they pick up a letter, they can say the letter sound before gluing it.  They could also name a word that begins with that letter sound.

2.  If you have a budding speller, they can build simple words and glue them on the scarecrow.  My son wanted to spell his name on his project.

Keep reading.  Visit the links below for more great scarecrow activities from the Playful Preschool team!

Build A Scarecrow by Learning 2 Walk

The Benefits of Creative Collage for Kids by Still Playing School

Make a Shape Scarecrow by The Educators’ Spin On It